A Brief History of Tantalum

In 1801, Charles Hatchett, a British chemist, analyzed a collection of minerals preserved in British museums and discovered a new element, Columbium (later renamed Columbium), in honor of Colombia, where the ore was made. In 1802, Anders Gustav Ekberg, a Swedish chemist, crystallized tantalum from niobium in Scandinavia. 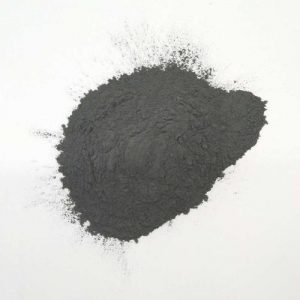 In 1903, pure tantalum was produced for the first time. Tantalum capacitors manufactured with tantalum, with high capacity, small size, and high reliability, are still irreplaceable components in the electronics industry.

There are three major Tantalum companies operating in the world today: the US Cabot group, the German HCST group, and China Swing Orient Tantalum Industry Co., Ltd. These three companies produce more than 80 percent of the world’s tantalum products.

Tantalum used in electronics accounts for 60% of total production. But tantalum is not just used as a capacitor. Nickel-tantalum alloy is widely used in advanced aero-engine blades.

Before 2007, the world’s major sources of tantalum were Australia and Brazil. In 2000, the world’s major producing countries produced approximately 1,100 tons of tantalum concentrate, of which Australia accounted for 45%, mainly at Greenbush and Wodgina mines, while Brazil accounted for 17%, Rwanda 12%, and Congo 9%. At the time, Congo was in the midst of a second civil war, and large numbers of rebels smuggled Congolese tantalum mines into Rwanda for export under the Rwandan name.

In 2003, the Democratic Republic of Congo (DRC) signed a peace agreement with rebels in the east that ended a second civil war. But the rebels in eastern DRC have not really laid down their arms, and are no longer engaged in open, large-scale fighting with government forces. The rebels continue to splinter and regroup, with new rebels popping up every now and then. Congo and the surrounding great lakes countries are backward industrially, all guns and ammunition are imported, and any imports must be accompanied by foreign currency. Both the rebels and the great lakes countries are eyeing tantalum as a new source of revenue.

In 2010, the U.S. implemented the Dodd-Frank Wall Street reform and consumer protection act, which requires U.S. companies that purchase tantalum products and other materials to investigate their supply chains and determine that the materials are not sourced from conflict zones in the democratic republic of Congo. The United States describes minerals from the eastern DRC region that have been repeatedly contested by rebels and government forces as conflict minerals.

Rwanda, Tanzania, and Bolivia are investing in the construction of tantalum and niobium smelting plants due to the implementation of the Dodd-Frank Act in the US and the Conflict Minerals Regulation in the EU. It is expected that the supply of tantalum raw materials in the world, especially in Africa, will become more and tighter in the future.